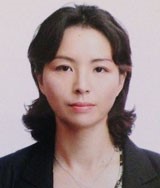 Organist and Director of Music

My research is focused on fin de siècle chromaticism, in particular, on the development and usage of scale-step flat 2 in the late nineteenth and early twentieth centuries. Recently my proposal, “How do WWI composers speak of their patriotism through the lens of Christ’s suffering and resurrection?” was accepted in the 2018 AGO in Kansas City for continuing education Workshops.

As an active performer, I regularly performed recitals at the Western New York and at the First United Presbyterian Church in Dunkirk, New York. My recording “Aurora,” with clarinetist Dr. Andrew Siegel was released on the Emeritus label. It features premiere recordings of works by Sy Brandon, as well as several works by contemporary composers including Augusta Read Thomas, and Daniel Pinkham.

I came to USA 16 years ago with my two boys to achieve my American Dream. It was not an easy journey but the miracle happened for me. When I was in Korea I was not a devoted Christian and I did not even go to church. But here, my first job (now I would call it my first mission) was as pianist at the Korean Presbyterian Church in Clarence, NY. I served there for five years and it gave me a chance to meet Christ.

Then I came to Fredonia as a faculty at SUNY Fredonia. This gave me an opportunity to serve at the First United Presbyterian Church in Dunkirk, NY, before arriving to Trinity Church.

It is a tremendous honor to be part of the Trinity family.