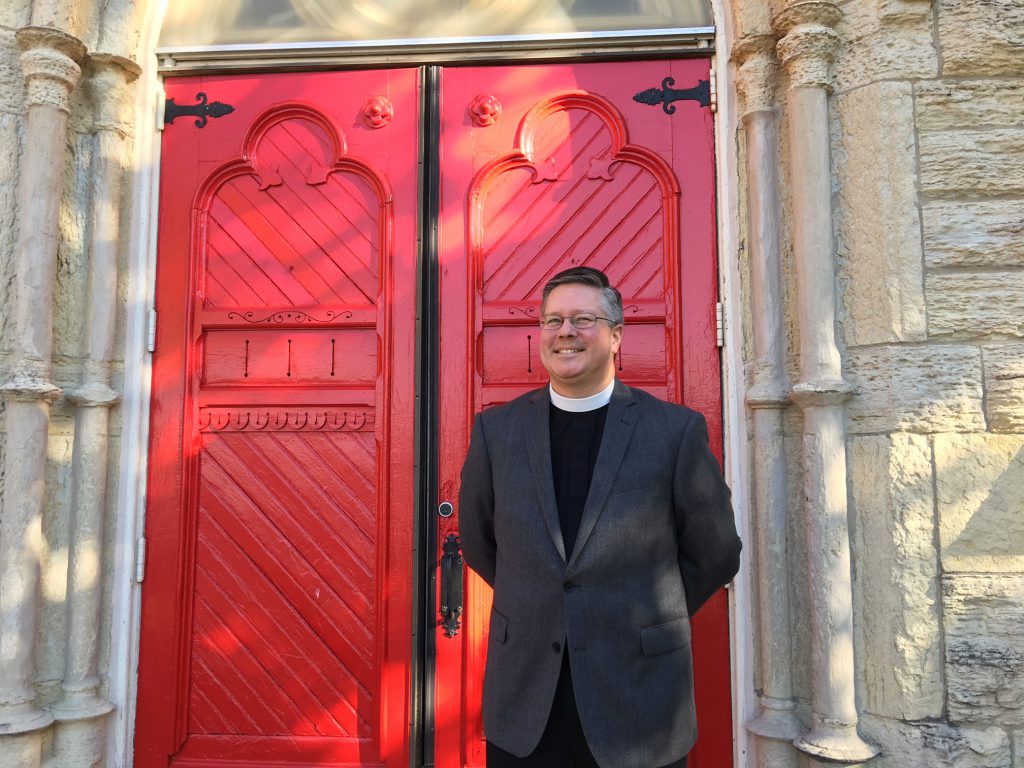 A native of Charleston, South Carolina, and a life-long Episcopalian, Fr. Jim completed his undergraduate studies at the College of Charleston and then attained the degree of Master of Arts at its Graduate School. Commencing his priestly formation at the College of the Resurrection, Mirfield, in West Yorkshire, U.K., he completed his studies there and returned to this country for a final year of seminary at Nashotah House in Wisconsin. It was here that he attained the degree of Master of Divinity.

Prior to his arrival to New York, Fr. Jim served the people and the Church in Central and Western Illinois in various capacities, including as rector, canon assistant, and interim. He also provided hospice care as a chaplain in Illinois for several years.

The vestry is the legal representation of the parish with regard to all matters pertaining to its corporate property. Its members are elected at the annual parish meeting, with each individual serving a three-year term. Included as one of its responsibilities, vestry defines and communicates the mission of the parish, in addition to providing support for this mission by managing parish resources and finances. The regularly scheduled meeting for the vestry is on the third Tuesday of each month. 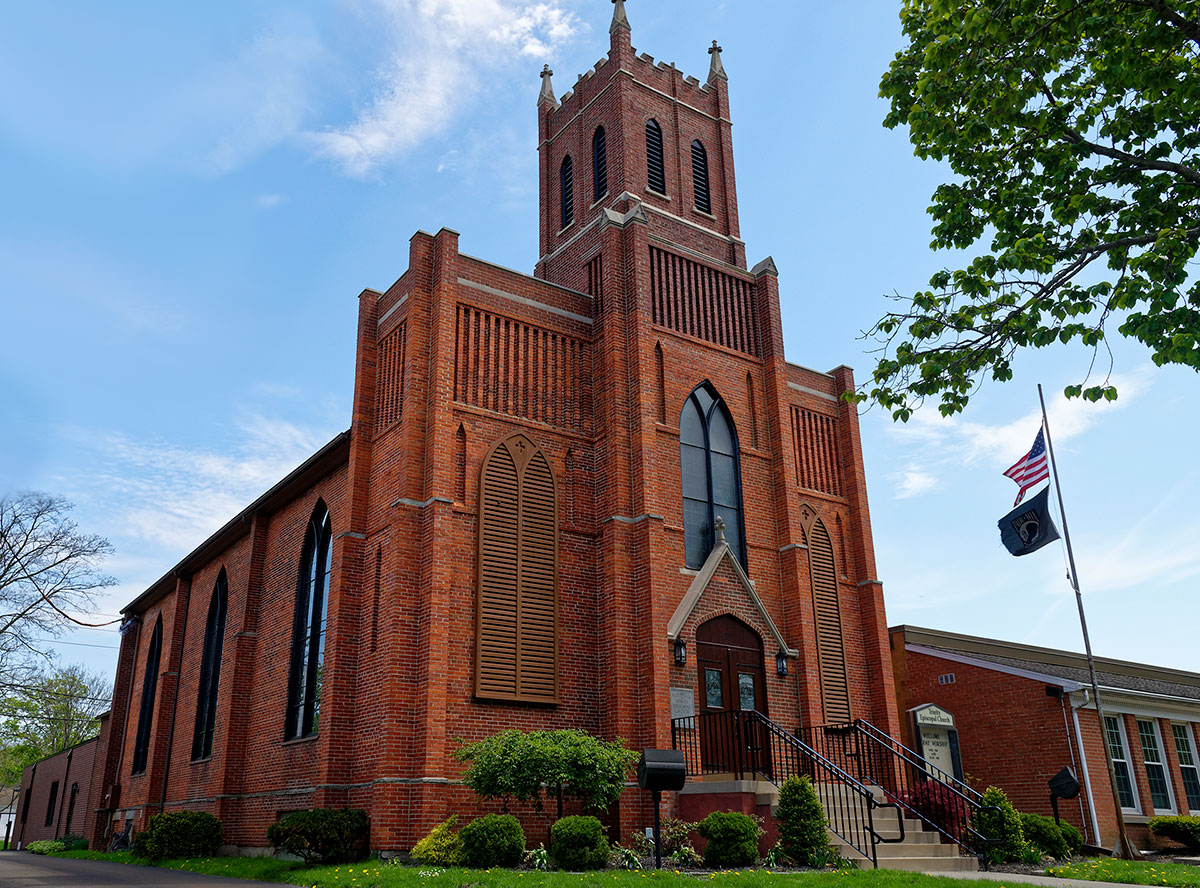 On August 1, 1822, an Episcopal congregation in Fredonia was organized. With the act of vestry and wardens chosen, Trinity Church became the name of this new parish. On October 15 of that year the parish was received into the Protestant Episcopal Church. Trinity Church is the fourth oldest parish in what was to become the Diocese of Western New York. It is the oldest parish in Chautauqua County. 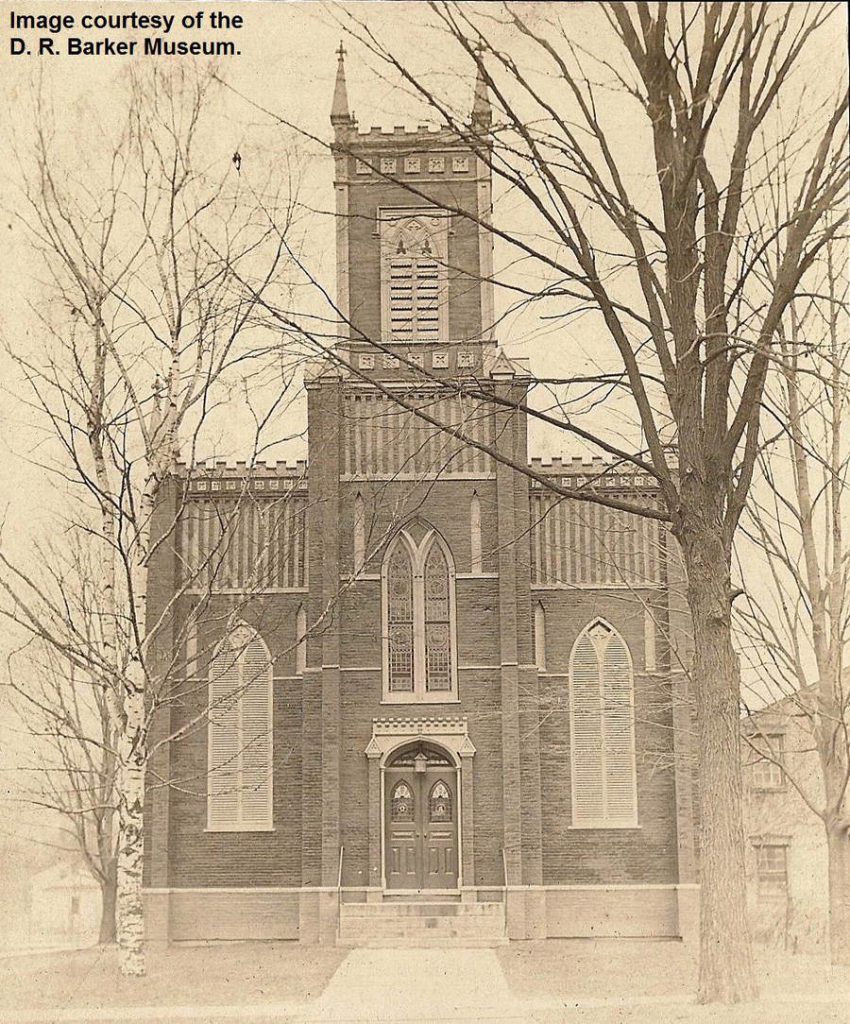 In 1833, vestry approved a plan to construct a brick building in the Village of Fredonia at its present location. At a cost of $4,000 the structure is thought to have been designed and constructed by John Jones, a noted carpenter at the time, in the architectural style of Greek Revival. In 1848 the church building was expanded and within the next decade natural gas lights were installed. This project made Trinity Church the first church in the Diocese (and probably the nation) to use them.

As the congregation increased in size during the Nineteenth and early Twentieth Centuries, changes were made to the church structure. These included the installation of a new ceiling and floor, painting and repairs, and the building of a parish school house. A new organ was installed in 1878.

In 1923 the decision was made to install new stained-glass windows in the church (please see below, Stained Glass). Installed two years later, these windows were dedicated by Bishop C. H. Brent on Easter Day, April 12, 1925.

Less than two months later, however, tragedy occurred when the church caught fire. In the end, only the outer brick walls of the structure remained. An early stone baptismal font and a marble statue of an angel were salvaged and are present in the church today. Undeterred, the congregation set upon the process of rebuilding at the expense of over $53,000. Reconstructed within the old walls, Trinity Church was consecrated on June 6, 1926.

The latter part of the Twentieth Century witnessed additional changes. During the 1970s the present Garland Hall was built, along with a renovation of the undercroft for the addition of classrooms and a nursery. Two new bells for the tower were purchased from Whitechapel Bell Foundry of London in 1983. In 1996 major repair and expansion project occurred to the Casavant organ. And in 2009, Garland Hall was extensively remodeled. Today, at the dawn of the Twenty-first Century, another phase of renovation work has been completed as we move forward into the next chapter of the long, storied history of this parish.

For two centuries Trinity Church has been a presence in the Village of Fredonia both by its edifice on Barker Commons and by our relationship with the wider community. Our congregation and guests continue to gather together for worship and fellowship as we live the common life. We extend an invitation to you to join us.

Trinity is blessed to have many wonderful stained-glass windows located throughout the church building. In 1923 a committee was formed and vestry contracted with Von Gerichten Studios of Columbus, Ohio, selecting the design of a thirteenth-century grisaille and medallion window. The windows are patterned after those of Lambeth Palace Chapel, England. The medallions begin with the Annunciation of Mary and depict scenes from the life of Christ up to and including the Ascension. The Sanctuary window medallions symbolize and emphasize His divine nature. Lost in a devastating structure fire in 1925, the windows we see today are replacements of the original design.

In November 2018, the windows were re-installed in the church following major restoration work conducted by Stained Glass Resources Inc., of Hampden, Massachusetts. This work included the replacement of the frames located in the nave of the church, as well as protective window glass. The Window Campaign started the year before and the work of Stained Glass Resources ensures the care and protection of Trinity’s windows well into the next century. 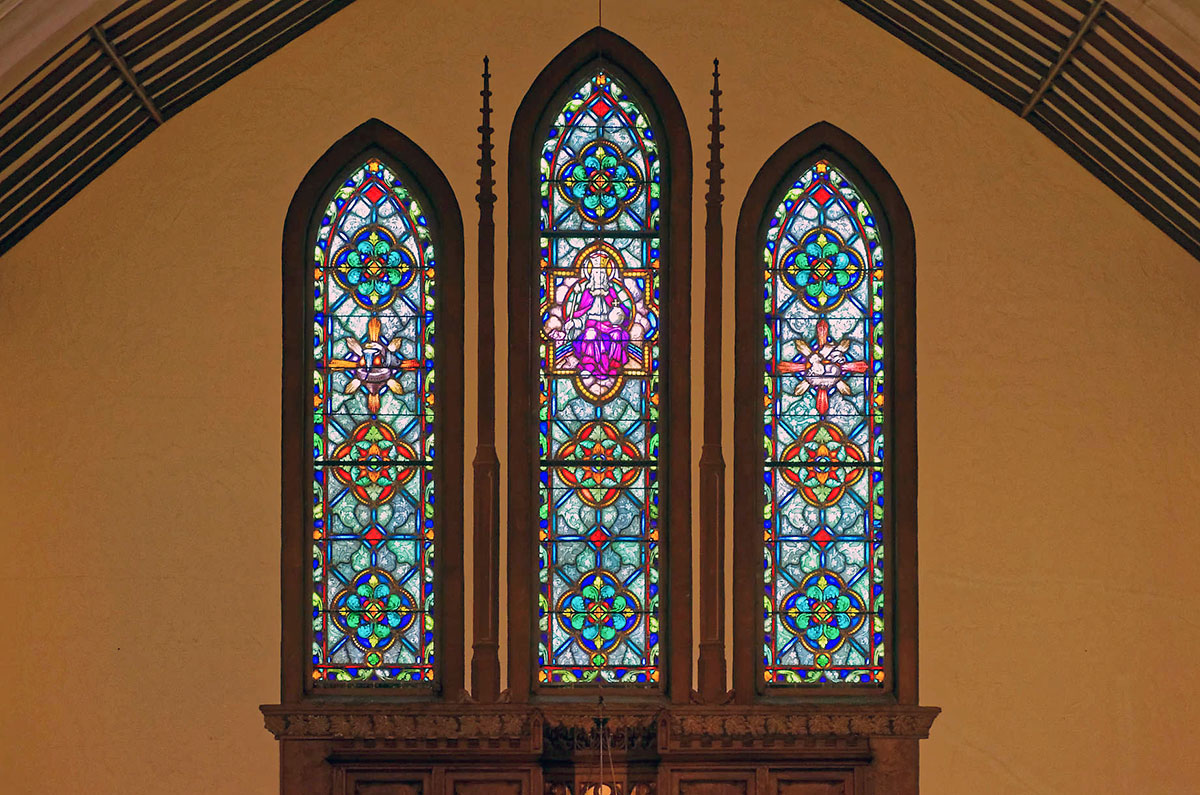